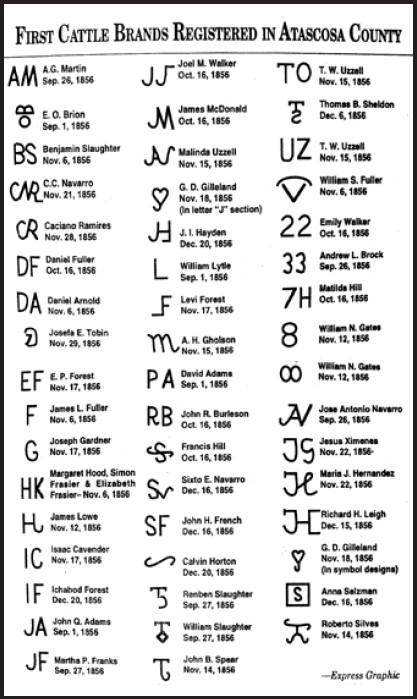 So much history in one county, it has been an honor this week to have read a number of nomination letters for Cowboy of the Year and Hall of Fame Cowboys. Most of the deep rooted cowboys began their cowboy days at a very early age and continued until the horse or the cowboy gave out. The stories shared lots of blood, sweat and tears, but I will not share anymore because I want you to enjoy the special tab this week “Cowboy Tales”. This keepsake will be shared by generations to come.

15 years ago this week

• Radio personality Randy Carroll returns as Pleasanton Cowboy Homecoming Parade Marshal. Randy started his broadcasting career in Pleasanton at the KBOP radio station. When someone asks how Randy got into radio broadcasting he says “it wasn’t anything I gave much thought to. I was looking for a part time job and a teacher, Mrs. Buford, told me about a part time job at KBOP. He loves his job. I’ve got the greatest job in the world. I’m around music I love and get to meet people from all walks of life.

• Pleasanton’s newest musical ensemble will make its public debut at the 32nd Annual 1997 Pleasanton Cowboy Homecoming. Sundown, an up and coming country and western band is made up of Daniel Hines, Kody Rakowitz, Ryan Weatherston, Garret Ruple, and Rodney Hayden. Also appearing will be one of the county’s star fiddlers, Sandra Royal.

• Branding is the early signature to a cattleman’s wealth in Atascosa County. When Atascosa County was formed in 1856 and borders drawn and a government was established, nobody had to tell cowboys to keep their herds separated. Then, as government does, paperwork was created. The first brands registered were made when a cowboy went to the courthouse and make his mark known to all. This was his brand. Branding has changed over the years from the cowboy hog-tying a calf as the branding iron heats up on a campfire nearby to a tattoo machine made up of small needles that imprint the letter or number to clipping various portions of the ears, ear tags and bird leg bands. With emus and ostriches now battling with beef productions the new type of branding is a chip. Think about it, if used in a cow it gives new meaning to “cow chips”. In this world of computers I guess it could be called “Cyber brands”.

30 years ago this week

• Mrs. Maria S.(Sandy) Zuniga was appointed the new postmaster at Jourdanton. She’s the wife of Benny Zuniga. A native of Poteet, she has served as a sub-clerk in Campbellton, distribution window clerk and officer in charge in Jourdanton. Postmaster selections are made on the basis of merit from a list of qualified candidates, submitted to the Sectional Center Manager by a Review Committee.

• World’s dirtiest sport to come to Poteet! Mud wrestling event sponsored by the Poteet High School Cheerleaders. This is an entertainment event designed with the entire family in mind. Special event also that those watching can participate. So bring a change of clothes.

35 years ago this week

•$70,000 loss at San Miguel Plant. A crippling burglary involving property valued at over $70,000 belonging to five different construction firms was discovered early Monday when workmen arrived at the south Atascosa County San Miguel Power plant construction site. No guards had been posted at the site.

• More than 40 young readers were awarded reading certificates Friday, August 12, when the Pleasanton Public Library concluded its Third Annual Summer Reading Program for elementary school readers. Certificates were issued by Texas State Library to all boys and girls enrolled in the Jungle Journey Program who completed more than 10 books during the summer.

Boy do I remember those days, except I did not stop at the 10 books. I cried the last summer I was too old to participate any more, but the librarian told me I could give her synopsizes of all the books I read next summer but I would not be able to receive a certificate. That was okay with me, I just wanted to read and share the books with someone. The next few summers she had me assist her by listening to the book reviews from the younger children.

ESTHER POKLADNIK, delves into the Express shelves for news of the past. She may be reached at : epokladnik@pleasantonexpress.com.