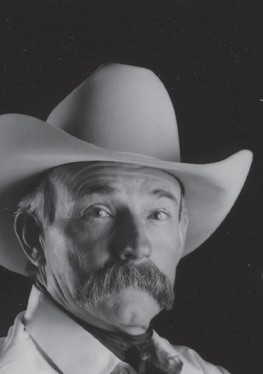 I was at a Farm Bureau meeting and scheduled to be on their program. I stepped off the elevator and a darkhaired lady greeted me in the corridor. “Does anybody tell you that you look like

“My husband just loves your stuff. Your column is what he turns to the first thing. I can’t tell you how many times he read it to me and just laughed and laughed. Now, on RFD TV, he tapes it if he’s not going to be in the house.” I thanked her and said, I hope he likes my speech tonight, make sure I get to meet him.”

Her face tightened, then wilted, “He died a year ago.”

I felt like someone shot an arrow in my heart. I put an arm around her shoulder. “It was quick,” she said, then took a deep breath and gathered herself up. “We used one of your poems at his service.”

I asked if she had children. “Three,” she said. Sometimes the less said the better. How can you say anything that will make a difference?

I opened my mouth, “My mother was widowed at age forty with four boys.

My mind slid back to a part of my life I’ve tried to bury. Her unrelenting grief, her sobs through the bedroom door, all the well-meaning neighbors and friends bringing food, the pills to stop the headaches, the nightmares and anguish.

Then moving houses to save $15 on the rent, her getting a job, doing what it takes to make it through the day. Mother made breakfast for us every morning before she went to work. Four years AD (after Dad) she began night classes. Eventually she got a teaching degree. Our lives went on. The two oldest boys left home, one to college and one to the Army.

Ten years AD she remarried and both lived into their 90’s. She lived with us in her last several years.

The dark-haired lady turned to leave, then asked, “Do you think I will? Make it, I mean?”

She was running a ranch with 300 cows, raising 3 kids and going to a Farm Bureau policy meeting where she, no doubt, would put in her two cents worth.

BAXTER BLACK, DVM, has been rhyming his way into the national spotlight and