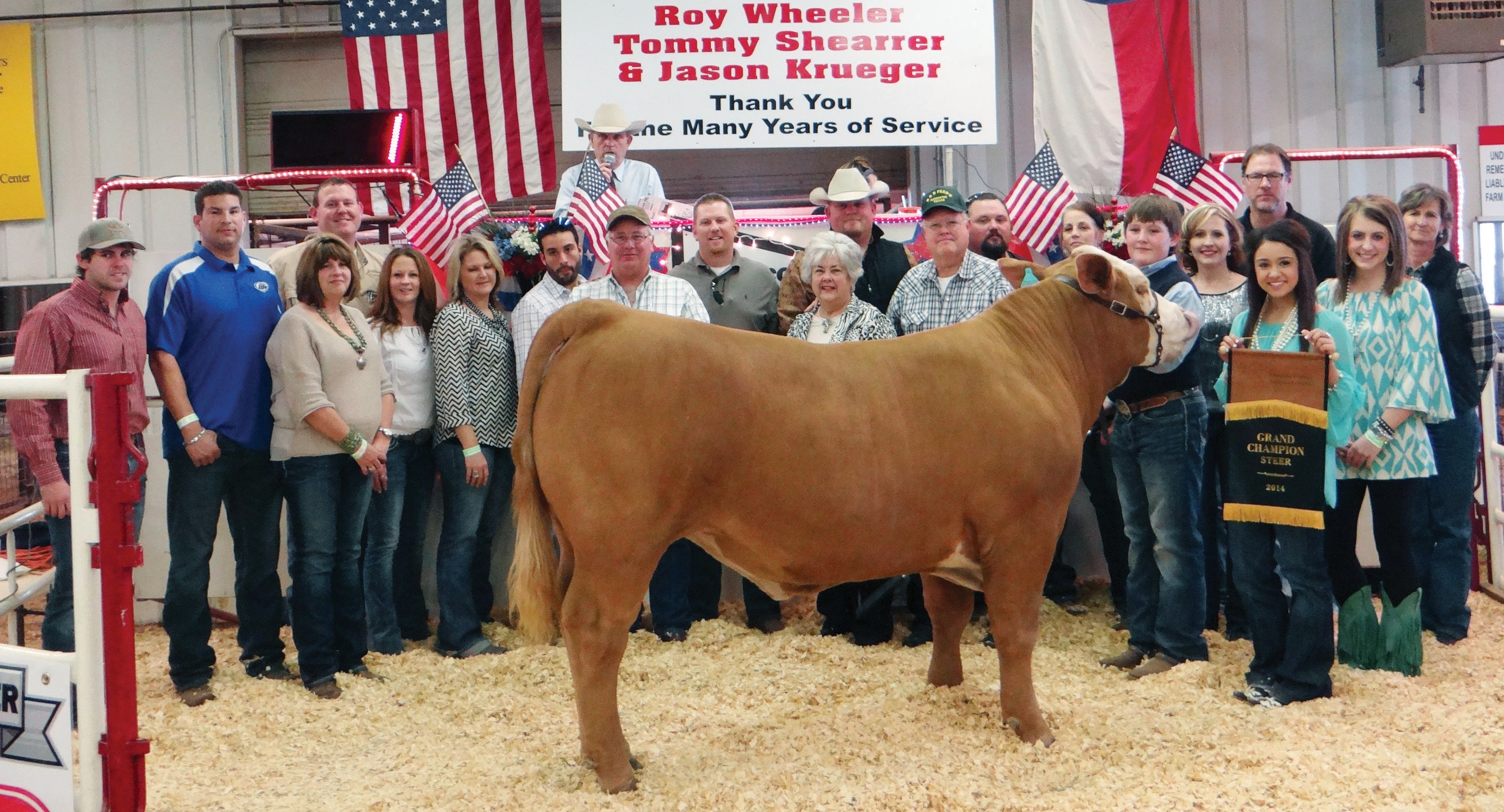 Thanks to robust bidding and buying, the 60th Atascosa County Junior Livestock Show is another one for the books with a total of $747,000.00 being spent. This is up almost $70,000.00 from last year’s results.

There were over 1,000 entries with 259 able to participate in the auction.

Grand Champion Lamb was raised by Kord Northcut of Jourdanton FFA. The light medium wool lamb was purchased for $13,000.00 by Mac Haik Southway Ford, Northcut Ranch and H-E-B, up from last year’s $11,000.00 purchase.

Please see more photos on pages 9C and 14C. Also, look for our special “Wrap Up” Section featuring lots of candid photos and more results of both the Atascosa County and McMullen County Junior Livestock Shows on February 5.