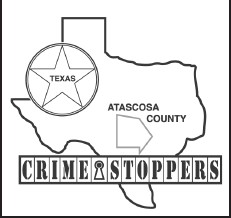 The Atascosa County Sheriff’s Department along with Crime Stoppers is hoping that a FIVE THOUSAND-DOLLAR cash reward being offered for one week only will help solve a report of a theft located in the 900 block of Couser Boulevard in the City of Charlotte.

On Monday, July 29, 2013 sheriff’s deputies were dispatched to Wiley Lease Co. in the 900 block of Couser Boulevard for the theft of a work truck. Upon the deputies arrival they were informed by the manager that a work truck was stolen off the property. The manager stated the vehicle was last seen on Sunday, July 28, 2013 and he was notified at about 6:00 a.m. on Monday, July 29, 2013, that the vehicle was stolen. The work truck was described as a white in color 2011 Dodge flatbed truck that was equipped with a Miller gasoline welder. Estimated value of the property stolen is over $35,000.00.