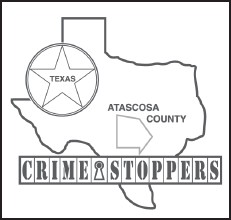 The Atascosa County Sheriff’s Department along with Crime Stoppers is hoping that a FIVE THOUSAND-DOLLAR cash reward being offered for one week only will help solve a report of a theft located on an oil lease on FM 3387, located off of TX HWY 16 south.

On Thursday, January 10, 2013 sheriff’s deputies were dispatched to an oil lease on FM 3387 for a report of a theft. Upon their arrival they were informed by the property manager that he was employed to put up fencing around the oil lease and when he arrived at the property that morning he found that his 20’ flatbed trailer loaded with fencing equipment was stolen. The property manager stated the theft occurred sometime between January 8, 2013 at 2:30 p.m. and January 10, 2013 at 8:00 a.m. The trailer was described as a 2012 20’ flatbed utility trailer and it was loaded with about 160 – 6’ T-posts, 2 rolls of barbless cable 16 rolls of barbed wire and numerous conduits. The estimated value of the property stolen is over $6,000.00.