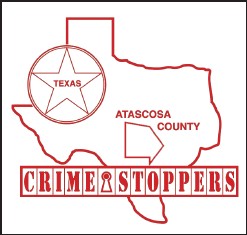 The Atascosa County Sheriff’s Department along with Crime Stoppers is hoping that a FIVE THOUSAND-DOLLAR cash reward being offered for one week only will help solve a report of a theft located in the 7700 block of US 281 in the city of Leming.

On August 7, 2014 at about 1:00 p.m. sheriff’s deputies were dispatched to the Schlumberger yard in the 7700 block of US 281 for a report of a theft. Upon the deputies arrival they were informed by the yard manager that on August 6, 2014 at about 7:00 a.m. he discovered that a light plant mounted on a trailer was missing. He stated he searched the yard and checked with other employees to see if it had been taken to a location. Once it was determined that no one had the light plant it was reported as stolen. The light plant was described as a portable lighting system with 4 square shaped receptacles mounted on a 5’ x 8’ utility trailer. The estimated value of the property stolen is over $16,000.00.