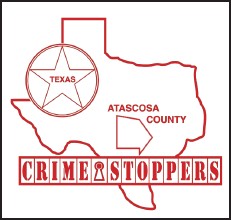 The Atascosa County Sheriff’s Department along with Crime Stoppers is hoping that a FIVE THOUSAND-DOLLAR cash reward being offered for one week only will help solve a report of a burglary located in the 600 block of Trophy Lane, about 1 mile east of FM 476.

On June 9, 2014 at about 9:00 a.m. sheriff’s deputies were dispatched to a residence in the 600 block of Trophy Lane for a report of a burglary. Upon the deputies arrival they were informed by the homeowner that when he arrived at his residence that morning at about 8:30 a.m. he noticed the side door to his garage had been forced open and he was missing quite a few items. The homeowner stated he last saw all his property on June 2, 2014 at about 8:00 a.m. Stolen property included a Craftsman roll around toolbox, an Ingersoll Rand stand up air compressor, a Honda generator, a 1984 Harley Davidson motorcycle and a 2002 Harley Davidson motorcycle. The estimated value of the property stolen is over $30,000.00.