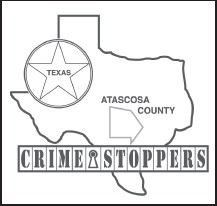 FIVE THOUSAND-DOLLAR cash reward being offered for one week only will help solve a report of a theft located in the 22000 block of TX HWY 97, west of Charlotte.

On Sunday, December 2, 2012 sheriff’s deputies were dispatched to the 22000 block of TX HWY 97 for a report of theft of copper from a cell tower. Upon their arrival they were informed by the property manager that he was contacted for a power outage at the cell tower and when he made the location he found that over 120 feet of 8 gauge copper wire and over 40 feet of 6 gauge copper wire were stolen from the cell tower. The estimated value of the property damaged and stolen is over $1000.00.