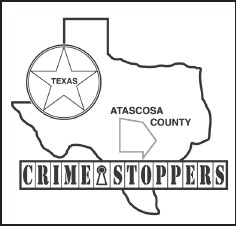 The Atascosa County Sheriff’s Department along with Crime Stoppers is hoping that a FIVE THOUSAND DOLLAR cash reward being offered for one week only will help solve a theft that occurred in the 101000 block of IH 37, south of Pleasanton.

On Sunday, September 2, 2012 sheriff’s deputies were dispatched to Allied Wireline Services in the 101000 block of IH 37 South for a burglary. The deputies made contact with the Operations Manager who reported that the yard was secured at 6:30 p.m. on September 1, 2012 and when they returned at 6:00 a.m. that morning he found that twelve tires and rims from their trucks were stolen. All the trucks were parked inside a fenced area and evidence found at the scene indicated there was a cut lock on a gate where entry was possibly made. Stolen property included 12 Michelin SDE M/S1124.5 truck tires and 12 polished aluminum rims. The estimated value of the property stolen was over $18,000.00