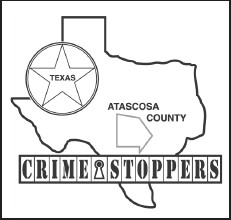 Atascosa County Crime Stoppers and the Pleasanton ISD Police Department along with the City of Pleasanton Fire Marshal’s Office are hoping that a FIVE THOUSANDDOLLAR cash reward being offered for one week only will help solve a report of arson that occurred in the 900 block of Eagle Pride Drive in the city of Pleasanton.

On Sunday, September 30, 2012 Pleasanton Police Officers were dispatched to Pleasanton High School for a report of a fire alarm going off inside the building. Once officers arrived they entered the building and detected the smell of burning paper in the main hallway. After officers ensured there were no active fires anywhere in the building they began to collect evidence and discovered that a 12’ x 10’ cork board hanging in the main hallway had extensive fire damage. They also discovered three other burned posters along the walls. An open window at the north end of the hallway was determined to have been the initial point of entry. Upon reviewing the school’s security camera, they observed a possible male subject approximately 5’7-5’11” tall and 180-240 lbs., age approximate 15-20 years old. The suspect entered the building and lit posters and cork board on fire. The burning of the posters caused damage to the walls while the burning of the cork board caused damage to both the wall and ceiling panels above it.

Pleasanton Police Investigators have some leads in this case and need assistance to help solve it. If anyone has any other information on this case or knows who committed the crime they are urged to call Crime Stoppers immediately and be eligible for the large CASH REWARD. Remember Crime Stoppers guarantees that you will remain anonymous.

To test or not to test, that is the questionWalgreens to offer drive-thru COVID-19 testingOpen for Business