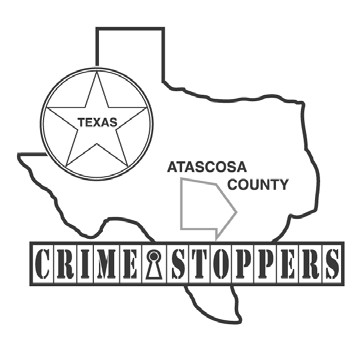 The Atascosa County Sheriff’s Department along with Crime Stoppers is hoping that a FIVE THOUSAND-DOLLAR cash reward being offered for one week only will help solve a report of a burglary located in the 200 block of Lakeview Drive in the Lakefield Estates Subdivision.

On Sunday, October 20, 2013 sheriff’s deputies were dispatched to a residence in the 200 block of Lakeview Drive for a burglary. Upon the deputies arrival they were informed by the homeowner that they left out of town on Thursday, October 17, 2013 and when they returned on October 20, 2013 at 12:30 p.m. they discovered the front door to their residence was wide open. Stolen property included a 37” Vizio flatscreen TV, a 18” Sony flatscreen TV, Nikon binoculars, a Nokia digital camera, a Canon digital camera, an X-Box game system with remotes, 2 – handmade Scandinavian knives, several small tools and a wooden jewelry box that contained a James Avery silver cross on a leather band, a black onyx men’s ring, an oval peridot gold ring, a silver bangle bracelet with a diamond, and numerous pieces of costume jewelry. The estimated value of damages and property stolen is over $6000.00.