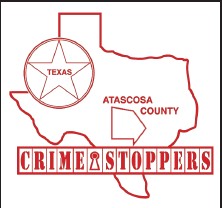 FIVE THOUSAND-DOLLAR cash reward being offered for one week only will help solve the theft of several firearms from a storage shed located in the 2900 block of County Road 303, located .03 of a mile off TX HWY 173, 4 miles north of the city of Jourdanton.

On March 2, 2015 at about 4:00 p.m. sheriff’s deputies were dispatched to a residence in the 2900 block of County Road 303 for a report of a burglary. Upon the deputies arrival they were informed by the homeowner that the shed behind his residence was broken into and several firearms had been stolen. The homeowner stated the offense occurred sometime between February 23, 2015 and March 2, 2013. Property stolen included 2 – Remington 870 rifles, a custom .22 caliber rifle with synthetic stock, a .22 caliber rifle and a youth composite bow. The estimated value of the property stolen was over $1,900.00.

Sheriff’s investigators have some leads in this case and are in need of your assistance to help solve it. If anyone has any more information on this case or knows who committed the crime they are urged to call Crime Stoppers immediately and be eligible for the large cash reward. Remember Crime Stoppers guarantees that you may remain anonymous.