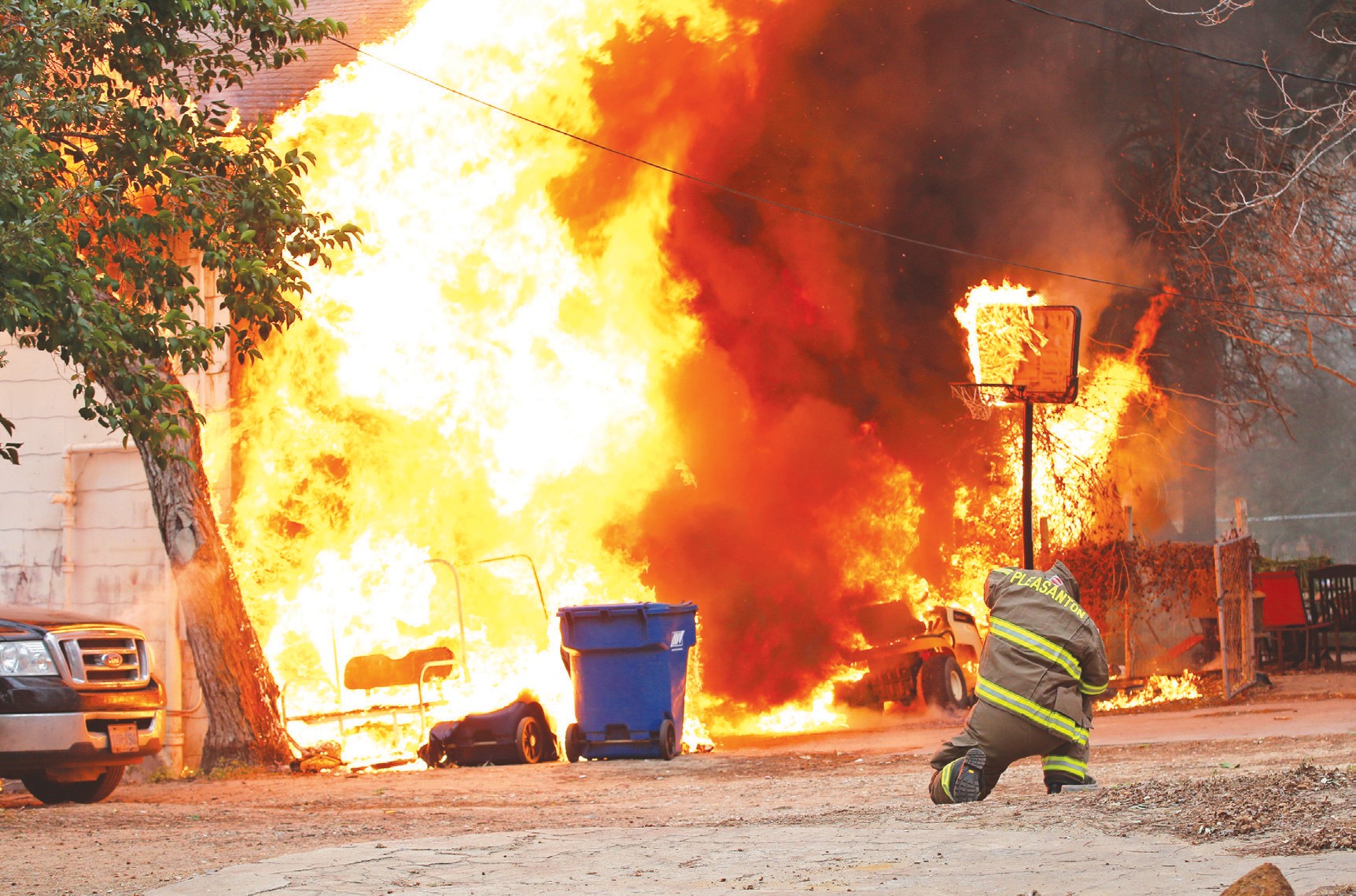 A building burned on the 800 block of North Main Street in Pleasanton on Tuesday morning.