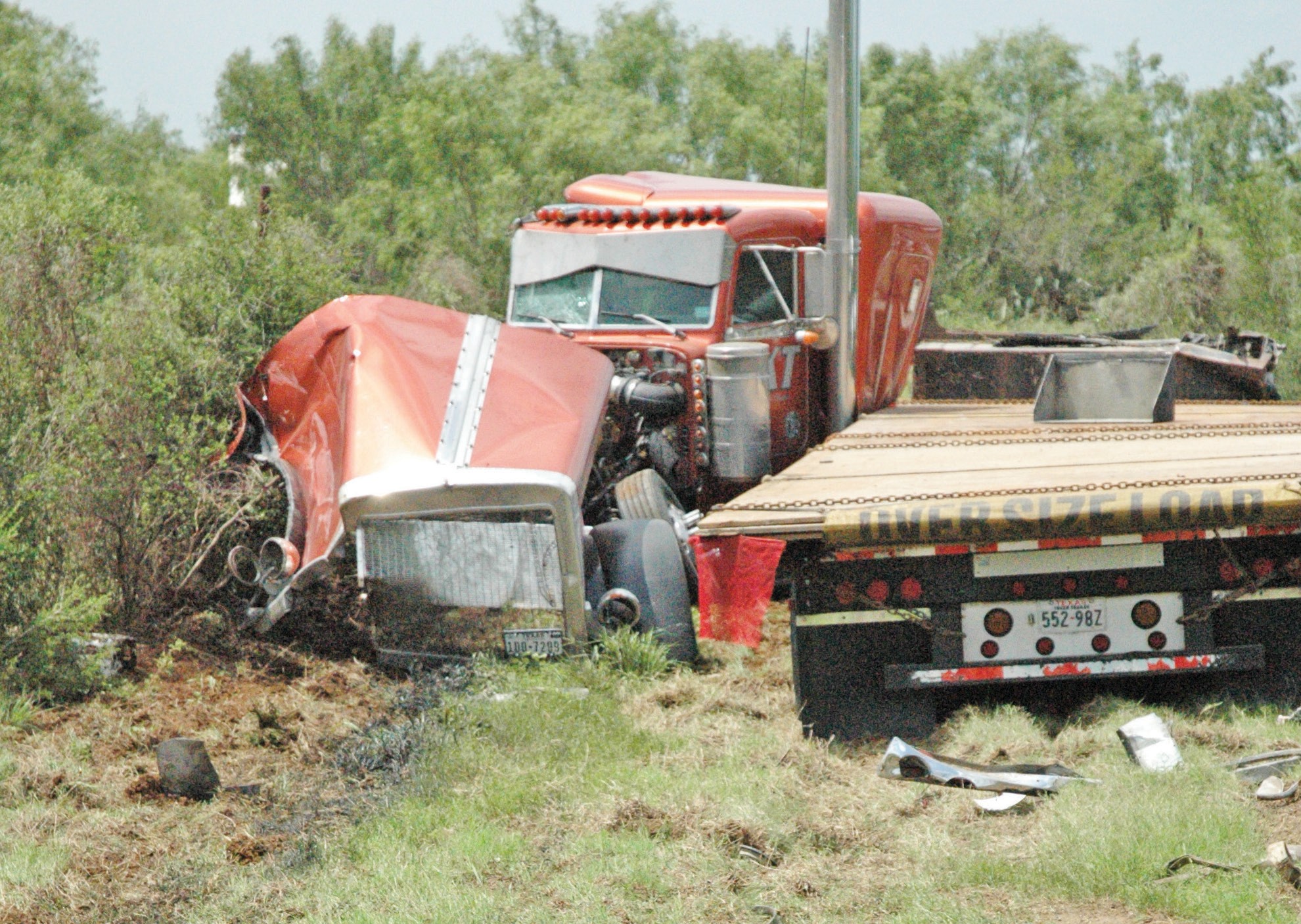 After taking evasive action, this 18 wheeler jack knifed and came to rest facing the opposite direction near Charlotte after a crash on Monday, June 17.

A crash occurred on Monday morning about six miles southwest of Charlotte on Highway 97. Two 18-wheeler rigs were involved.

The first 18-wheeler, a 2008 Kenworth, driven by Mike New, 45, was parked on the westbound shoulder. He was waiting for private driveway to the south to clear.

The other 18-wheeler, a 1994 Peterbilt, driven by 41-year-old Donald Ray Krushall Jr. from Wharton, was also heading west, when the first truck pulled out in the path of the already moving truck, striking and sending it to jack-knife on the eastbound shoulder.

New’s truck then barreled through the hog and barbed wire fence, coming to rest in the cactus laden brush.

Krushall was taken to South Texas Regional Medical Center with contusions. New and his wife, Melody Smith, were treated on the scene with minor injuries. Smith commented “this was the first time I ever joined him in the rig and look what happened. But, we are alive.”